THE REBUS BOOKS IN ORDER

THE WHOLE SERIES, ORGANISED IN THE ORDER THEY WERE ORIGINALLY PUBLISHED

John Rebus is one of the most enduring characters in crime fiction, first appearing in Knots & Crosses in 1987.

Each of the novels is linked by returning characters, such as Siobhan Clarke and ‘Big Ger’ Cafferty, but you can start reading the Rebus books at any point in the series, you don’t need to have read the earlier books to enjoy the later ones.

But if you would like to know the order in which they were written and published, here is the definitive list. You can also view them all on our Books page 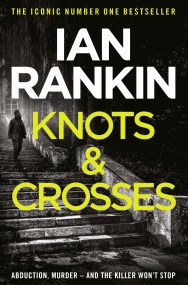 The very first Rebus novel from the No.1 bestselling author. 'And in Edinburgh of all places. I mean, you never think of that sort of thing happening in Edinburgh, do you...?' 'That sort of thing' is the brutal abduction and murder of two young girls. And now a third is… 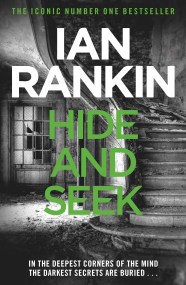 The second Inspector Rebus novel from 'Britain's No.1 crime writer' DAILY MIRROR. A junkie lies dead in an Edinburgh squat, spreadeagled, cross-like on the floor, between two burned-down candles, a five-pointed star daubed on the wall above. Just another dead addict - until John Rebus begins to chip away at… 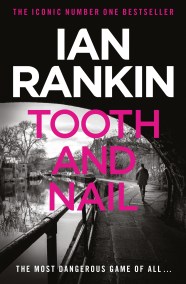 The third Inspector Rebus novel from 'Britain's best crime novelist' DAILY EXPRESS. They call him the Wolfman - because he takes a bite out of his victims and because they found the first victim in the East End's lonely Wolf Street. Scotland Yard are anxious to find the killer and… 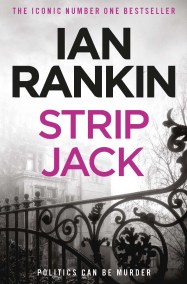 The fourth Inspector Rebus novel from the No.1 bestselling author - 'unmatched in the field of British crime fiction' THE TIMES. Gregor Jack, MP, well-liked, young, married to the fiery Elizabeth - to the outside world a very public success story. But Jack's carefully nurtured career plans take a tumble… 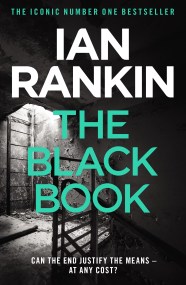 The fifth Inspector Rebus novel from 'Britain's No.1 crime writer' DAILY MIRROR. When a close colleague is brutally attacked, Inspector John Rebus is drawn into a case involving a hotel fire, an unidentified body, and a long forgotten night of terror and murder. Pursued by dangerous ghosts and tormented by… 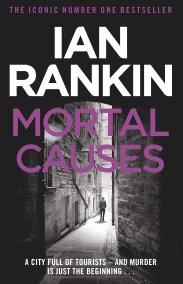 The sixth Inspector Rebus novel - 'an outstanding creation' SUNDAY TELEGRAPH It is August in Edinburgh and the Festival is in full swing... A brutally tortured body is discovered in one of the city's ancient subterranean streets and marks on the corpse cause Rebus to suspect the involvement of sectarian… 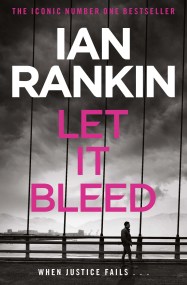 The seventh Inspector Rebus novel from 'Britain's No.1 crime writer' DAILY MIRROR. Struggling through another Edinburgh winter Rebus finds himself sucked into a web of intrigue that throws up more questions than answers. Was the Lord Provost's daughter kidnapped or just another runaway? Why is a city councillor shredding documents… 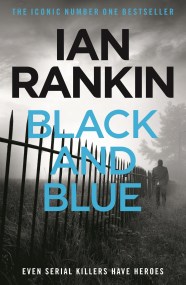 In the 1960s, the infamous Bible John terrorised Scotland when he murdered three women, taking three souvenirs. Thirty years later, a copycat is at work, dubbed Johnny Bible. DI John Rebus's unconventional methods have got him in trouble before - now he's taken away from the inquiry and sent to… 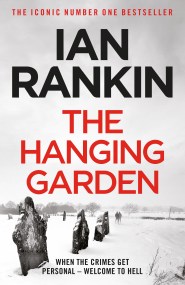 The ninth Inspector Rebus novel from the No.1 bestselling author. DI Rebus is buried under a pile of paperwork but an escalating dispute between the upstart Tommy Telford and Big Ger Cafferty's gang gives Rebus an escape clause. Telford is known to have close links with a Chechen gangster bringing… 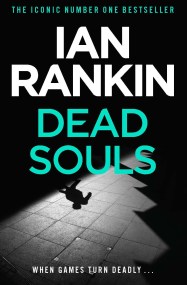 The tenth Inspector Rebus novel from 'Britain's best crime novelist' DAILY EXPRESS. Stalking a poisoner at the local zoo, Inspector John Rebus comes across a paedophile taking pictures of children. When the social workers claim he is there for legitimate educational reasons, Rebus is faced with a dilemma - should… 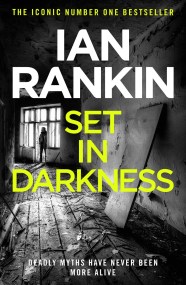 The eleventh Inspector Rebus novel from 'Britain's best crime novelist' DAILY EXPRESS. Edinburgh is about to become the home of the first Scottish parliament in 300 years. As political passions run high, DI John Rebus is charged with liaison, thanks to the new parliament being resident in Queensbury House, bang… 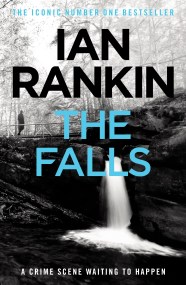 The twelfth Inspector Rebus bestseller - a powerfully gripping novel where past and present collide... A student has gone missing in Edinburgh. She's not just any student, though, but the daughter of well-to-do and influential bankers. There's almost nothing to go on until DI John Rebus gets an unmistakable gut… 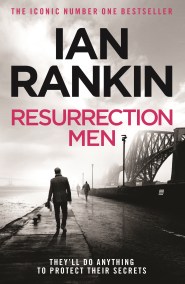 The thirteenth Inspector Rebus novel from No.1 bestselling author Ian Rankin. Rebus is off the case - literally. A few days into the murder inquiry of an Edinburgh art dealer, Rebus blows up at a colleague. He is sent to the Scottish Police College for 'retraining' - in other words,… 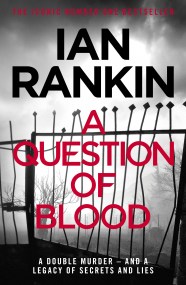 A Question of Blood

The fourteenth Inspector Rebus novel - and No.1 bestseller. Two seventeen-year-olds are killed by an ex-Army loner who has gone off the rails. The mystery takes Rebus into the heart of a shattered community. Ex-Army himself, Rebus becomes fascinated by the killer, and finds he is not alone. Army investigators… 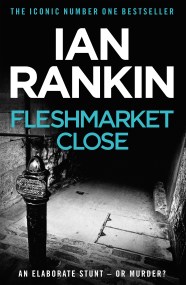 The fifteenth Inspector Rebus novel from the SUNDAY TIMES No. 1 bestselling author. An illegal immigrant is found murdered in an Edinburgh housing scheme. Rebus is drawn into the case, but has other problems: his old police station has closed for business, and his masters want him to retire. But… 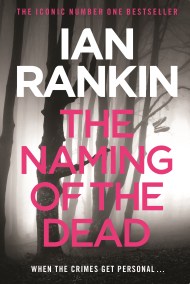 The Naming Of The Dead

The sixteenth Inspector Rebus novel from 'Britain's No.1 crime writer' DAILY MIRROR. A murder has been committed - but as the victim was a rapist, recently released from prison, no one is too concerned about the crime. That is, until Detective Inspector John Rebus and DS Siobhan Clarke uncover evidence… 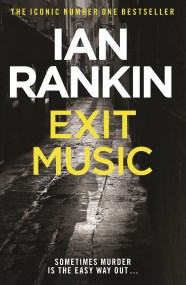 A mugging gone wrong ... or murder? A dissident Russian poet is found dead - at the same time a delegation of Russian businessmen arrives in town. For some, it is crucial that the case is closed quickly, clinically and with the minimum of attention. But DI Rebus and DS… 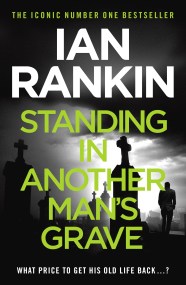 Standing in Another Man's Grave

REBUS IS BACK. The superb No.1 bestseller from 'Britain's best crime novelist' EXPRESS A series of seemingly random disappearances - stretching back to the millennium. A mother determined to find the truth. A retired cop desperate to get his old life back... It's been some time since Rebus was forced… 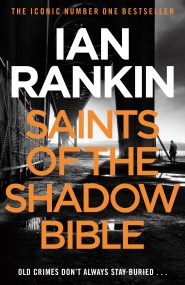 Saints of the Shadow Bible

SUNDAY TIMES No.1 bestseller Ian Rankin returns with his gripping new Rebus novel. Rebus is back on the force, albeit with a demotion and a chip on his shoulder. A 30-year-old case is being reopened, and Rebus's team from back then is suspected of foul play. With Malcolm Fox as… 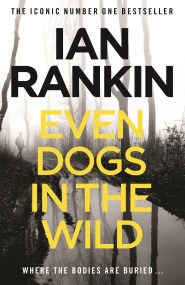 Even Dogs in the Wild

Retirement doesn't suit John Rebus. He wasn't made for hobbies, holidays or home improvements. Being a cop is in his blood. So when DI Siobhan Clarke asks for his help on a case, Rebus doesn't need long to consider his options. Clarke's been investigating the death of a senior lawyer… 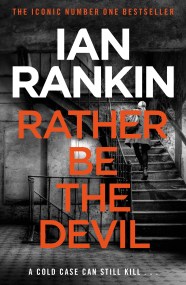 Rather Be the Devil

'Britain's No.1 crime writer' Mirror * * * * * A CASE THAT WON'T DIE John Rebus can't close the door on the death of glamorous socialite Maria Turquand. Brutally murdered in her hotel room forty years ago, her killer has never been found. Meanwhile, Edinburgh's dark heart is up… 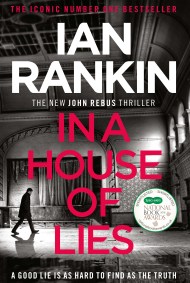 In a House of Lies

IN A HOUSE OF LIES... Everyone has something to hide A missing private investigator is found, locked in a car hidden deep in the woods. Worse still - both for his family and the police - is that his body was in an area that had already been searched. Everyone…